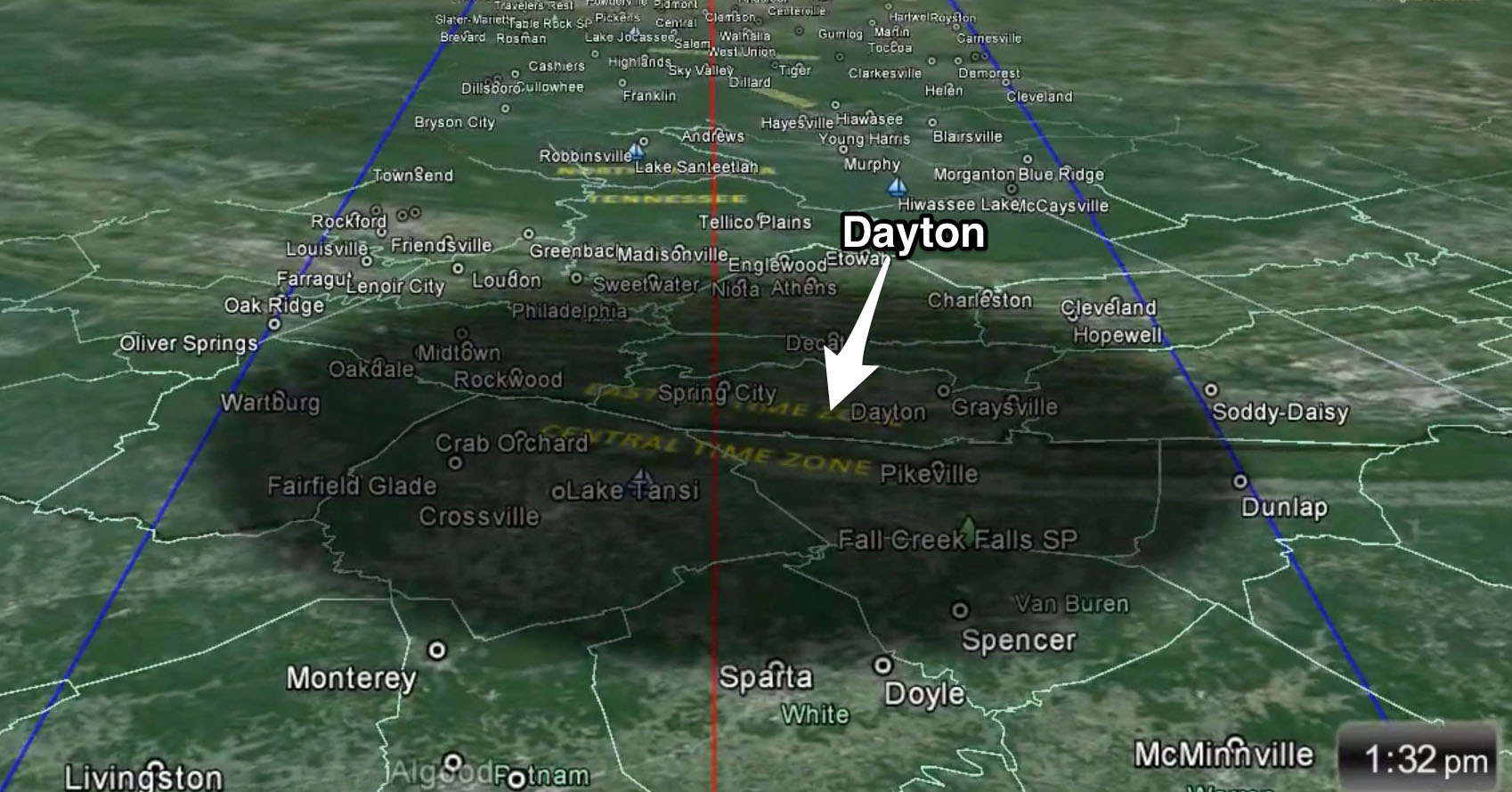 People from across the planet are expected to converge along a narrow path to glimpse a total solar eclipse – the first in 26 years.

On August 21, 2017, the show will begin in Oregon and make its way southeastward across the continental United States, eventually moving past South Carolina into the Atlantic Ocean. Those watching will see the moon completely cover up the Sun in one of nature’s most beautiful spectacles. If you are in the shadow of the moon as it goes between the Earth and the Sun, you will see the eclipse.

Entering the state of Tennessee, Chattanooga is not in the path, and neither is Knoxville! Dayton TN is just south of the centerline and should experience more than two minutes of the full eclipse beginning at 2:31 pm Eastern. You don’t HAVE to be in Dayton to view it, but it will last longer if you are as close as possible to the centerline since we are talking about a spherical shadow.

It is important to not view the eclipse without viewing glasses that provide protection from harmful solar radiation and allow for direct solar viewing. Bluewater is providing glasses as part of a special package.

Watch this space for our plans to celebrate the Eclipse and give Bluewater guests access to this greatly anticipated sight.

“Close” is NOT close enough!

A Letter to the editor, in response to readers’ possible decision to forsake the path: 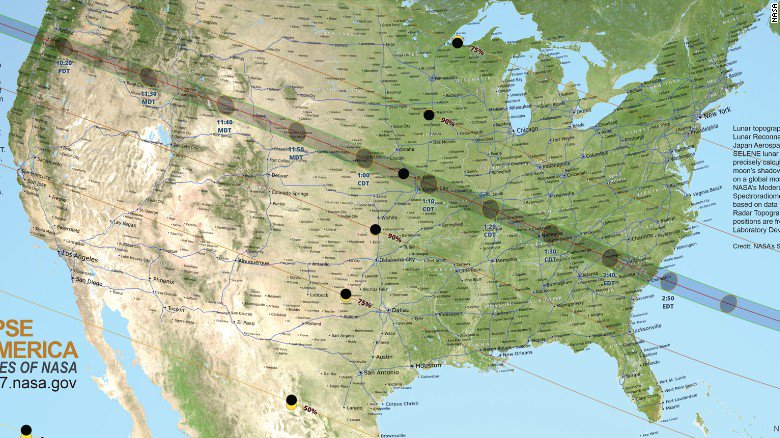 The total solar eclipse occurs only within the yellow path as shown in this map. Station yourself inside this path, preferably in the middle so that you can enjoy the maximum duration of totality. (Map courtesy of Michael Zeiler, www.GreatAmericanEclipse.com)

I am a veteran of 12 total solar eclipses, and I operate the site www.eclipse2017.org – which has as its primary mission the offering of information regarding the safe, enjoyable viewing of the total solar eclipse which will occur on August 21, 2017.

Our task is to convince people who are not in the path of totality, that they simply must travel into the path, in order to see one of the most spectacular things they will ever see in their life. The task is difficult, because it is natural to believe that if one is “close” to the path, one will see something that is “pretty good”. But just as the person who only smells the meal outside the steakhouse remains hungry, so too do those who observe the eclipse from outside the path of totality end the day wondering what, indeed, all the fuss was about.

For those who choose to experience this eclipse outside the path, a partial eclipse is all they will see. Even if the sun is 99.9% eclipsed for these observers, they will not experience the full, jaw-dropping, knee-buckling, emotionally-overloading, completely overwhelming spectacle that is totality.

Partial eclipses are somewhat interesting, in that with the proper eye protection (which MUST be used at all times), one can see the moon moving slowly across the face of the sun. But there is no climax, no culmination of the event, no exhilarating moment of true beauty in the sky above them. The event is not memorable, not life-changing, not anything to inspire one to join the ranks of “umbraphiles” – “shadow-loving” persons who travel the world to the most remote locations, in anticipation of experiencing those few fleeting seconds of wonderment inside the shadow of the moon.

For those outside the path, there is no dramatic moment of totality, no dance of Baily’s Beads around the edge of the moon’s disk, no intense darkening of the skies, no stars and planets suddenly revealing themselves against an impossible twilight, no corona flashing into view (the otherworldly beauty of which makes even veteran total eclipse observers gasp in amazement), and no primordial fear which sinks ever so slightly even the modern heart. There is no pitch-blackened disk of the sun, no discernable temperature drop, no impossible nighttime during the day, no scintillating chromosphere or glorious prominences, no 360-degree sunset effect around the horizon, no uncontrollable shouts of emotional overload from the assembled crowd, and no lingering post-eclipse sensation of certainty that you have just done one of the coolest things you’ll ever do in your life.

A partial eclipse is interesting but forgettable, while a total eclipse is a memorable, life-changing event which burns itself into memory – and never fades. And so we, who have seen this sight, ask you to join us on this momentous day, and do everything you possibly can to see it with us. But you must remember that “close” is not close enough; in order to see the eclipse in all its glory, you simply must…

DO NOT MISS OUT